Paul spent his freshman year at Brown and then transferred to Michigan where he began his study of philosophy and received his BA. He earned his PhD in philosophy at UCLA, where he studied under Robert Adams. He was an assistant professor at Harvard University from 1982-85, a Mellon Postdoctoral Fellow at Cornell University from 1985-87, and an assistant professor at MIT from 1987-1992. He joined the UCR faculty in 1992.

Paul was a world-class Descartes scholar. Although he wrote on a broad range of philosophers and topics –  including Plato, Aquinas, Spinoza, Leibniz, Locke and Reid – he is best known for his ground-breaking work on Descartes. Paul focused on the metaphysical, as opposed to the epistemological, side of Descartes’s philosophy, and believed that in order to understand Descartes one needs to understand the Aristotelian-scholastic background to his thought. Paul was one of the first scholars trained in the analytic tradition to appreciate the importance of understanding the historical background to Descartes, and rather than focusing on Descartes’s revolutionary departures from his predecessors, he tended to emphasize the neglected continuities. His main work on Descartes is found in his collection, Essays on Descartes, which he published in 2009. Although Paul was known primarily as a historian of philosophy, he was also a constructive philosopher in his own right who made contributions to contemporary work in the philosophy of the mind, causation, free will, and metaphysics. 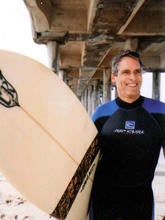 In addition to being a very talented scholar and philosopher, Paul was quite an athlete. He was a serious swimmer who was nationally ranked in his age group and an avid surfer.

In order to make Paul’s work as widely accessible as we can, we have re-constituted his website. Below is a list of his publications with links to most of his published papers and a statement of his research aims which he wrote when putting together his collection.